In Case Of An Accident Follow Those Detailed Steps, Download PDF For Your Records, Contact Us 24/7 For An Accident Assistance And Tow Services, Serving Burbank, Glendale, Los Angeles And Valley Areas.

Headlights held together by glue, dented rims and a new hood that’s already coming apart are among the kinds of parts allegedly being pushed to go into cars as part of the repairs, according to some repair shops and attorneys general.

A body shop says it was being pushed to use this rusty part in a repair, according to the Louisiana Attorney General's office.

Owners say the insurance companies steer their policy holders toward body shops that follow their rules, providing a vital source of business. And they add, if a body shop refuses to make the suggested repairs because of quality issues, the insurers steer their clients elsewhere.

More than 500 garages from 36 states are joining in a lawsuit against the top insurance companies, and states like Louisiana, Mississippi and Oklahoma are also getting involved.

Buddy Caldwell, attorney general of Louisiana, has filed suit against State Farm insurance, saying its low-cost repair program could be dangerous for customers who get back on the road in vehicles that are not roadworthy.

He said he fears thousands of Americans could be driving round in vehicles repaired with what he calls junkyard parts after seeking repairs from body shops recommended by their auto insurance companies who took their premiums and picked up the bill.

The issue is a nationwide one, said John Eaves, the lead attorney for the body shops involved in the lawsuit.

“It involves people from Maine to Mississippi to California. Every state in the Union has experienced the same sort of struggle here between the body shops trying to do the work the right way, and the insurance companies trying to cut corners and force them to use unsafe parts and unsafe methods on their cars,” he said.

U.S. Sen. Richard Blumenthal, who used to be Connecticut’s attorney general, says not only is there a potential for small businesses to be hurt, but he, too, believes cars repaired through insurance company’s preferred service centers pose a safety risk. He has asked the U.S. Department of Justice to investigate.

“Safety concerns are raised by this practice of steering because often it involves the use of parts that may be salvaged or inferior or even counterfeit and that is a real urgent and imminent safety concern for the consumer who may have no idea what the origin of the parts are, who made them, or even whether they’re installed properly.”

“I have been concerned for years about it and why I think the Department of Justice should be investigating,” he said.

“I believe strongly that federal watchdog agencies have a role in protecting consumers because serious safety concerns are raised by this practice of steering often involving the use of inferior or even salvaged or counterfeit parts,” Blumenthal said.

“The insurance industry has set up networks of shops, direct repair programs,” he said. “And the way these shops’ performance are measured is by the amount that it cost to repair cars at that particular shop. … Just get the car in, make it look like it’s fixed and get it out the door.”

Insurance companies can cut costs by approving recycled parts or those not made by the original car manufacturer.

Recent from the Blog

The Difference Between OEM and Aftermarket Parts

OEM stands for Original Equipment Manufacturer, which means the parts are made by the same manufacturer that makes the vehicle.

In Case Of An Accident Follow Those Detailed Steps, Download PDF For Your Records, Contact Us 24/7 For An Accident Assistance And Tow Services, Serving Burbank, Glendale, Los Angeles And Valley Areas.

Things to do in case of an accident

You always think it won’t happen to you and then it does. Don’t worry though, we’ve got you covered! Click here to see the top tips for if/when you get into a car accident.

Save even more at Regal Repair for all your auto body repair and paint needs. Please mention the website coupon at the time of the vehicle estimate.

Save on Your Car Body Repair

That Dent is getting you down?

Before returning your leased car to the Dealer, get

Make it easy with a

FREE
Car Loaner or Rental
Up to $80 of rental car cost, with min. repair cost of $1500
* Not valid with other services or promotions. For a limited time only. Additional exclusions may apply. Offer must be mentioned/presented at time of estimate. Void where prohibited.

Let us take care of your collision repair needs, insurance negotiations, car rentals, and put your mind at ease. Get a free estimate now! Call us or fill out the form and we'll get back to you right away. 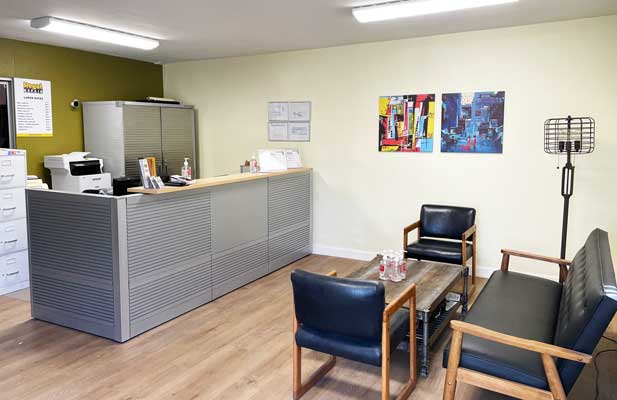 We are conveniently located on S. Victory Boulevard in Burbank, CA off I-5 at S.
The nearest cross street is W. Alameda Avenue.
Get Directions

Thank you for contacting us!

Your submission has been received and we will reply shortly.

Oops! Something went wrong while submitting the form :(